The combination of cloud services in IaaS environments integrated with edge computing facilitates the development of applications with very low latency that currently cannot be deployed in today’s centralized architectures of public cloud services.

What is edge computing?

This concept basically refers to an IT architecture model in which data storage and processing takes place in a location as close as possible to the user, device or service that will consume the data.

This architecture has three key benefits:

A good example of a use case is autonomous cars, which need constant data traffic to monitor the status of the vehicle, traffic management and communication between vehicles. However, edge services are mainly used by devices of the Internet of Things (Internet of Things, IoT) –  one of the key components of smart cities – as well as by artificial intelligence applied to industry assembly lines.

5G and the cloud push the edge to new limits

The on-going deployment of 5G networks will increase the volume of data processed in edge environments and facilitate an explosive growth in the machine-to-machine communications of the Internet of Things.

According to Cisco data, by 2023 half of internet connections will be machine-to-machine. It is important to remember that the latency requirements of these types of connections, which cannot exceed 20 milliseconds, are much more demanding than those of the average user.

In certain use cases, such as industrial automation or autonomous transport, these requirements can be even more demanding, with latencies down to 1ms or less.

A hybrid architecture of interconnected IaaS services with locations close to the user allows a company to combine both approaches, cloud and edge, so that users can take advantage of the low latency of edge computing and the high performance, security and flexibility of a private cloud.

The interconnection between edge devices and an IaaS platform enables easy management of multiple locations. Being able to manage and access data from any geographic location at any time also favours remote work policies.

It is therefore essential to partner with a firm capable of offering neutral connectivity, to ensure the most reliable, fast and appropriate connection for each location. An additional benefit of having such a partner is the ability to scale connectivity while maintaining the management simplicity of dealing with a single provider.

However, even this architecture model –  characterised by the high performance of an IaaS environment with high-speed and reliable 5G connectivity – needs an edge layer capable of acting as autonomous distributed nodes that can analyse and act on real-time data. This is to ensure only the necessary data is sent to the main infrastructure in an IaaS instance.

An example of this type of architecture is the one proposed by Microsoft, which has a range of edge devices capable of executing intelligent applications and models that incorporate artificial intelligence, machine learning, and algorithms capable of analysing data and acting in real time even without connectivity.

The data is also transmitted to the cloud, where superior computing power can be harnessed to update and train algorithms before sending it back to edge devices.

The advantages of IoT devices include a higher quality of analysis (which improves decision-making), the ability to detect problems in a production chain before they occur, and an ability to optimize and improve the efficiency and profitability of operations. Such advantages are only possible through the analysis of the large volume of data generated by these devices.

In this respect, an IaaS infrastructure, on account of its superior storage and computing capacity, is essential for analysing large volumes of data in a cloud environment. In addition, the elasticity of an IaaS solution allows the infrastructure to be resized and adapted to the moments of greatest need, increasing resources to process the data and reducing them once the analysis has finished. This means the infrastructure can also sit well with budgetary concerns, since only the resources used are billed.

Working with an IaaS environment, with direct connectivity to edge devices, also significantly reduces the attack surface. Critical data, applications and devices, such as those of an automated assembly line, have a higher level of protection than those connected to a public cloud.

The future is in hybrid architectures

The future of IT infrastructure is not in a false dichotomy between edge, cloud or on premise, but in hybrid architectures, which take advantage of the best of each approach, adapting them to the specific needs of each company.
By combining the advantages of edge computing in data capture with the storage and processing capabilities of the cloud, companies can take full advantage of the benefits of data analytics to leverage their innovation and optimization capabilities, while simultaneously and effectively managing IoT devices in the edge.

A flexible infrastructure, instantly adaptable to your business needs and in pay-per-use mode. 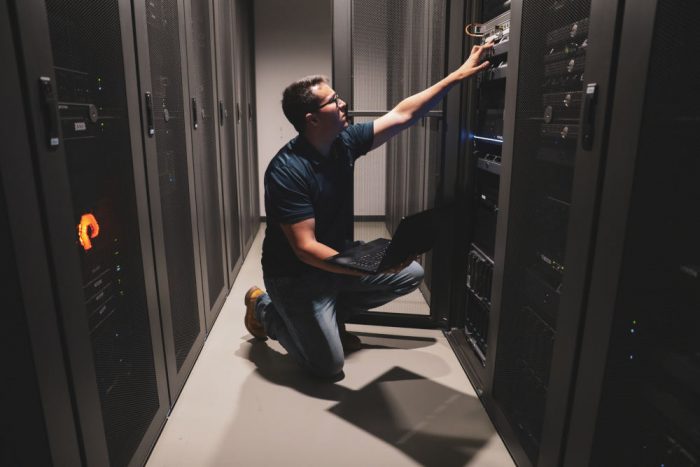 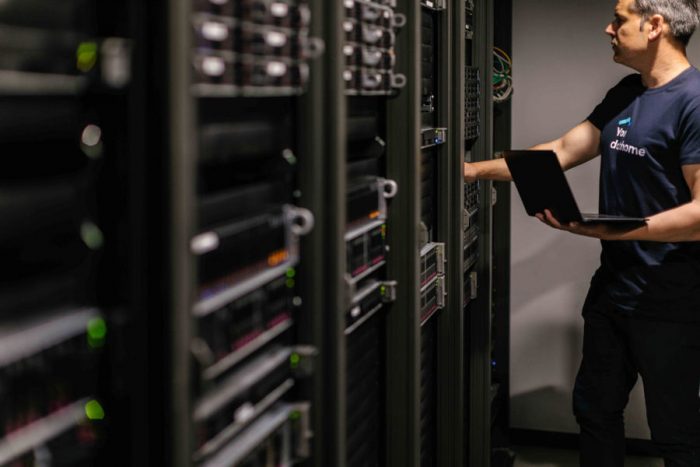 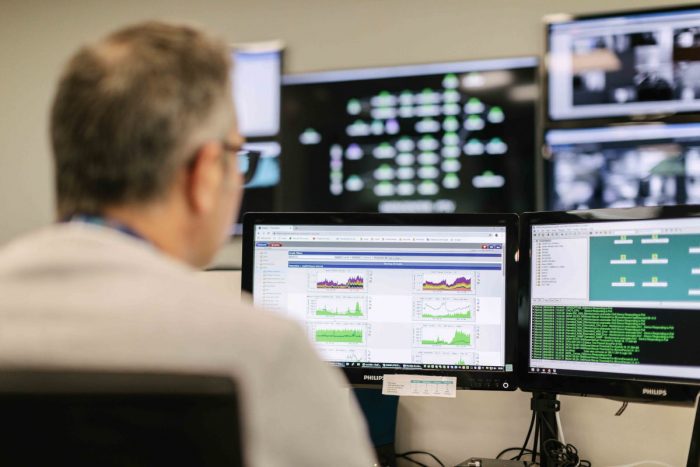 How to monitor your IT infrastructure effectively

We use our own and third-party cookies to obtain statistical data on our users' browsing and improve our services. You can accept them all or customize your settings. Read more

This website uses cookies to improve your experience while you navigate through the website. Out of these cookies, the cookies that are categorized as necessary are stored on your browser as they are essential for the working of basic functionalities of the website. We also use third-party cookies that help us analyze and understand how you use this website. These cookies will be stored in your browser only with your consent. You also have the option to opt-out of these cookies. But opting out of some of these cookies may have an effect on your browsing experience.
Necessary Always Enabled
Necessary cookies are absolutely essential for the website to function properly. This category only includes cookies that ensures basic functionalities and security features of the website. These cookies do not store any personal information.
Functional
Functional cookies help to perform certain functionalities like sharing the content of the website on social media platforms, collect feedbacks, and other third-party features.
Analytics
Analytical cookies are used to understand how visitors interact with the website. These cookies help provide information on metrics the number of visitors, bounce rate, traffic source, etc.
Advertisement
Advertisement cookies are used to provide visitors with relevant ads and marketing campaigns. These cookies track visitors across websites and collect information to provide customized ads.
SAVE & ACCEPT
Powered by